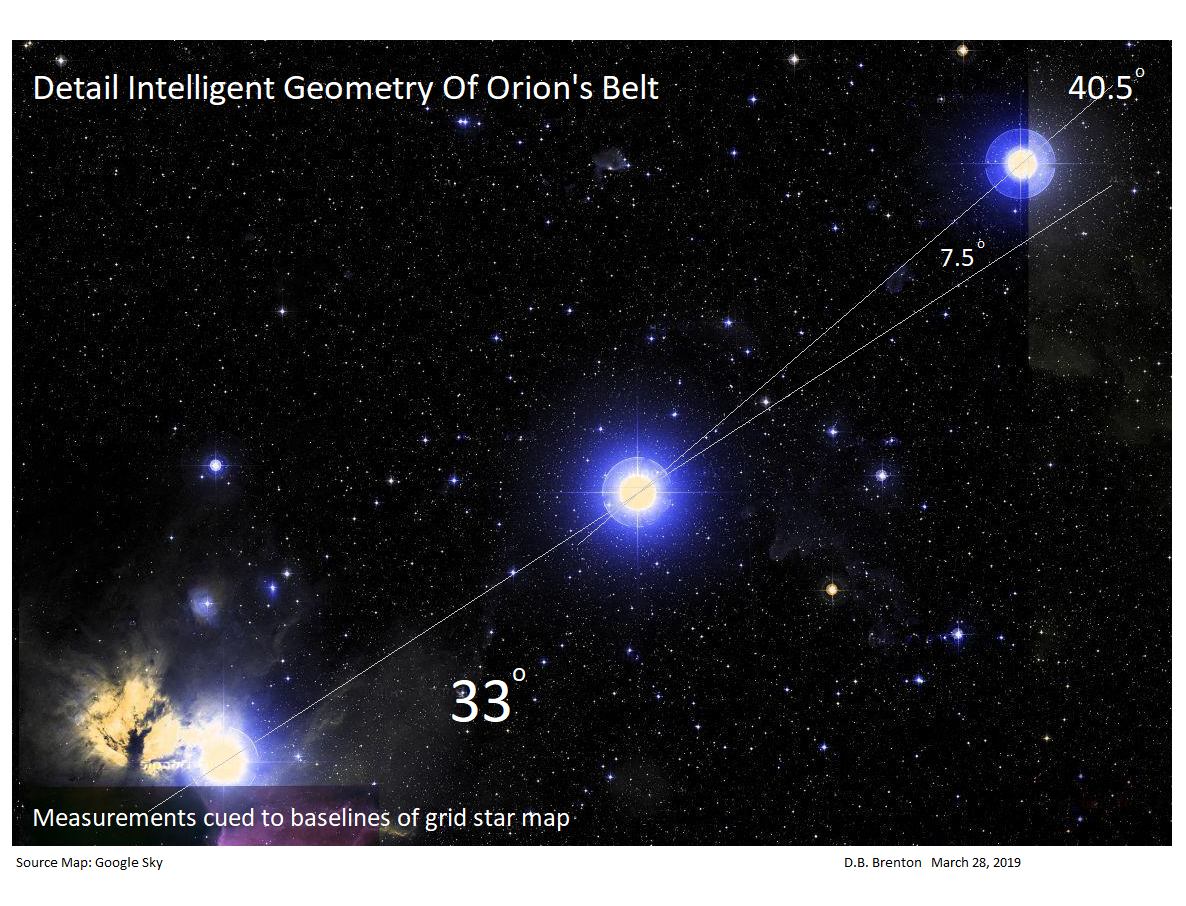 Note: The angles of the Mercator projection star- map do not exactly line-up to the Giza Pyramids, but, it is a mathematical match whereas the 7.5 degree off-set angle of the belt star’s line is between the pyramid’s corner and center, which is 5 and 10 degrees. Since the stars of Orion have moved since the Pyramids were built, we can conclude that God has slowly moved the stars into a mathematical configuration that aligns with the physical structures of the past, just as a clock-maker designs his machine to align at midnight and noon.